I was born in Madison, Wisconsin in 1955 and grew up in Arlington Heights, Illinois. In high school, I was a gymnast, football player, and became a part of the National Thespian Society. I was in numerous leading roles in Arlington High School plays including Macbeth, The Time of Your Life, and the Spoon River Anthology. My best friend (Eric) and I rebuilt various cars and modified my 66 Ford Mustang to compete in the quarter mile drag strip races at Union Grove, Wisconsin. The crowning moment of my quarter mile racing career was when my 1966, 289 cubic inch Mustang beat a 1968 Corvette with a modified 327 cubic inch motor. That landed me a very large trophy. We wanted to move to Key West, Florida and find jobs as mechanics. My family ultimately persuaded me to take the ACT college entrance exam and apply for college. I did well on the ACT, and was admitted to Drake University in Des Moines, Iowa. 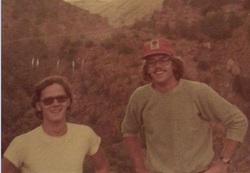 I attended Drake for two years. During that time, Eric moved to Phoenix, Arizona and persuaded me to look into the new Criminal Justice program that had just started at Arizona State University (ASU).

So, off to ASU I went. I joined the Criminal Justice program at ASU and went for the first semester of my junior year. I then decided to take a year off to gain resident status and worked as a carpenter building structures in Casa Grande and building schools in Ahwatukee, Arizona.

After completing my internship, I spent the next year working as a counselor in a group home for juvenile delinquent offenders. Although I was an accomplished mechanic, a reasonably good carpenter, and better than average counselor, I decided that it would be best to earn a law degree. So, I attended the University Of Arizona College of Law from 1980 to 1983.

There, I learned the law and worked as an editor on the Journal of international and Comparative Law. I clerked for law firms throughout my law school days in Tucson, Arizona.

I passed the Arizona bar exam in July of 1983, but ended up moving to Chicago. I studied for and passed the Illinois bar in February 1984. I practiced civil litigation with two different firms around Chicago and tried my first jury trial to a successful conclusion at Daley center courthouse in down town Chicago in 1985. There is a good story to be told on this.

One morning at about 6 am, I got a call from the senior partner telling me that I needed to come into the office early. The partner said "You’re going to finish my trial today because I need to fly to Germany for an emergency matter involving my family.” I asked if it was a case that I had been working on. “Nope,” he said, “but I will tell you about it on the way.”

When we got there, he told the judge that he had a family emergency and Mr. Scott McKay was an experienced trial lawyer who was going to "finish" the trial. My boss left and the judge said, “Okay, the jury is in. Let’s go to trial.”

As we walked out of the judge’s chamber to enter the court room, I tapped the judge on the arm and said "Your honor, this is my first trial, so I will apologize in advance for my ineptitude today". The judge said "You will be fine counselor, just do your best".

I was defending an uninsured guy who allegedly caused an auto accident. I cross examined the plaintiff’s witnesses on the fly and prepared my closing argument over the lunch hour. At about 7 pm, the jury returned with a verdict in favor of my client. Wow, what a first trial! My confidence was on the rise. There were many other great court room stories from my days in Illinois as a young litigator.

In 1987, I moved back to Phoenix. I was hired on to a firm that specialized in medical negligence cases and worked there for two and a half years. Next, I was hired into a medium sized firm in that specialized in defending doctors, nurses, and hospitals. I quickly became the firm’s plaintiff’s lawyer. I was offered a partnership in two years. I remained with this firm for nine years and then decided to start my own firm in 1997. 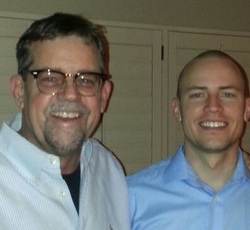 Since 1997, I have been a solo litigator and trial attorney successfully representing victims of personal injury and wrongful death. My thirty-plus year career as a personal injury attorney has been fulfilling and many of my past clients remain close friends.

In the years since I started my own practice, I have earned millions of dollars for my clients. I am privileged to having received many distinctions and awards and have received very excellent reviews from the people I have served.

I am also happy to report my son Justin graduated from ASU Law in 2015, passed the July bar exam, and has joined the team! He is an excellent writer and skilled young attorney in the making.